Where to Buy Real Cuban Cigars in Mexico

One popular option is to buy Cuban cigars in Mexico. While technically still illegal, the process is much more straightforward and less risky than trying to purchase them in the United States. Plus, you can often find them for a fraction of the price.

If you’re thinking about buying Cuban cigars in Mexico, there are a few things you should keep in mind. In this article, we’ll give you a few tips on how to find the best cigars and many more details to keep in mind.

Is it Legal to Purchase Cuban Cigars in Mexico?

The short answer is yes, it is legal to buy Cuban cigars in Mexico. Apart from that, it is also legal to bring Cuban cigars and rum into the United States.

How Much Do Real Cuban Cigars Cost in Mexico?

While the price of an authentic Cuban cigar can vary depending on the city you buy it, the quality, and the type of cigar, the average price at La Casa del Habano is $18 per piece. Of course, you will find much more expensive cigars on the market, but this is the average price you should expect to pay. 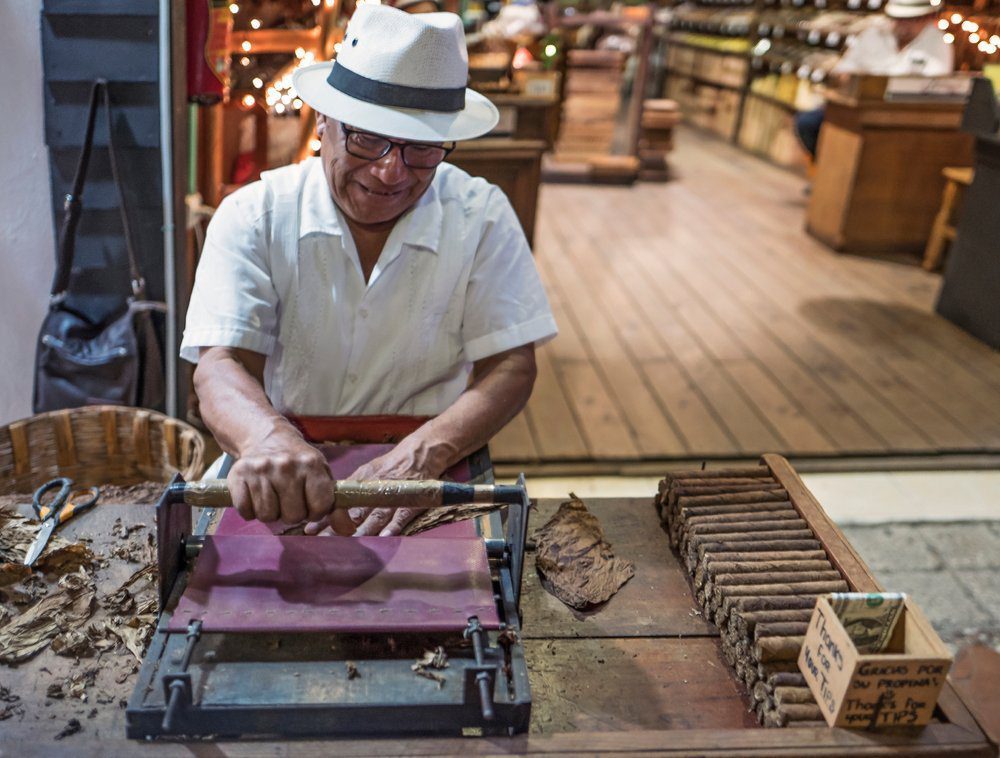 Are Cuban Cigars in Mexico Real?

The first indication that a Cuban cigar is fake is the price. Even in Mexico, where cigars cost a fraction of the price compared to other countries, you should expect to pay at least $20. If you find a Cuban cigar for $5 or around this price tag, the chances are that it’s fake,

Also, Cohibas, one of the most famous cigars, is not cheap. They’re sold over $100 in Canada per piece to give you an idea. So, if you find a massive discount, you shouldn’t expect the real thing.

The Label Should be on the Box

We often noticed this red flag with fake Cuban cigar boxes – the label should be on the box and not inside. This is to show authenticity to the buyer before purchasing the cigar and, if you find a box with the label not displayed on it, it’s probably a fake.

Another signal that you should pay attention to is the box material. Real Cuban cigars are not stored in glassed boxes. For this reason, if you see Cuban cigars stored in a beautiful glass box, skip them; they’re probably fake.

Can you buy Cuban cigars in Mexico and bring them back to the US?

While it is totally possible to buy and consume Cuban cigars in Mexico and other countries, importing them into the United States is not legal. This law applies to both personal and commercial uses.

Note that this isn’t a regulation based on the health effects but instead only on the political situation between the United States and Cuba. 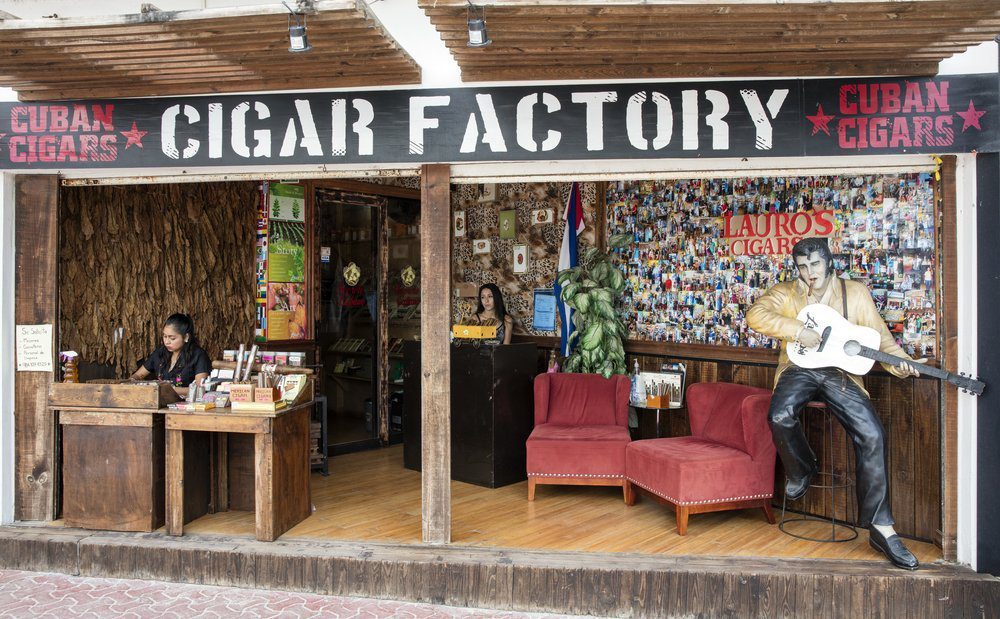 Where to Buy Real Cuban Cigars in Mexico

There are several places where to buy real Cuban cigars in the whole of Mexico. However, many of them sell fake cigars, and you certainly don’t want to end up in one. Let’s go through the most reliable ones.

There are cigar bars all around Mexico, so finding a place to smoke shouldn’t be a problem. Just look for the “Cigar Bar” sign, and you’ll know you’re in the right place. You will find several cigar bars pretty much in all big cities across the country, and these are the most famous ones:

Apart from that, La Casa del Habano is the most reputable place where to buy Cuban cigars in Mexico, and we’ll elaborate on this in the next paragraphs.

La Casa del Habano is the most popular chain of Cuban cigars in Mexico, and they have numerous stores all around the country. They do not only sell high-quality, authentic Cuban cigars but also accessories. Among their most popular cigars, we can find the following brands:

Of course, they have many more brands and types of Cuban cigars available, but those are the best sellers you should consider.

Where to Buy Real Cuban Cigars in Cancun

La Casa del Habano is the only trustworthy place to buy real Cuban cigars in Cancun. They have a wide variety of cigars available, and you will certainly not be disappointed. Apart from that, you can also get a cocktail to drink with your cigar, and that’s definitely a must-do in Cancun.

Last but not least, it’s important to note that you’ll have to pay a $48 tourism tax when entering the state of Quintana Roo and you can get it quickly on Visitax.

What is Sargasso and How to Avoid It? Where Can I Get a PCR Test in Cancun?

Bonaire with BonaireTax – the Small Island with So Much to Offer